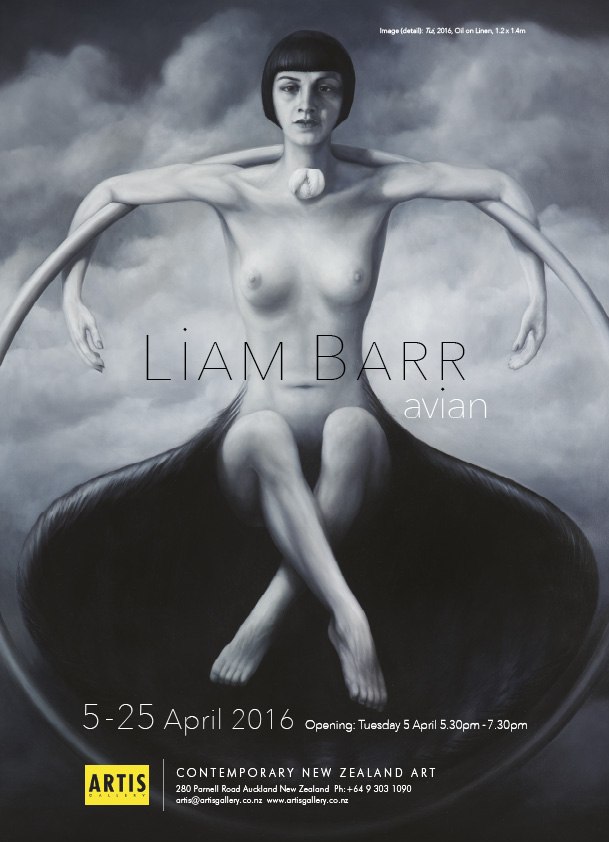 Reach out to a kindred interconnection of a DNA coding inherent within the forgotten strands of essential mankind.


 Presenting a sequence of works exploring our relationship to the native bird species of N.Z. suggesting a similarity in character trait and circumstance alluding to a 'bi-nature' effect. Images draw attention to the physical alterations and adornments we commit our bodies to through practices such as piercing, scarification, tattoo and implants. Suspended figures drift by perched from a hoop, an apparatus required to maintain altitude and remind us of the physical restriction we face as earthbound bipeds. The pared back colour palette renders an ethereal, dreamy quality and suggests to the viewer that to connect wholly with the works, one must delve deep. 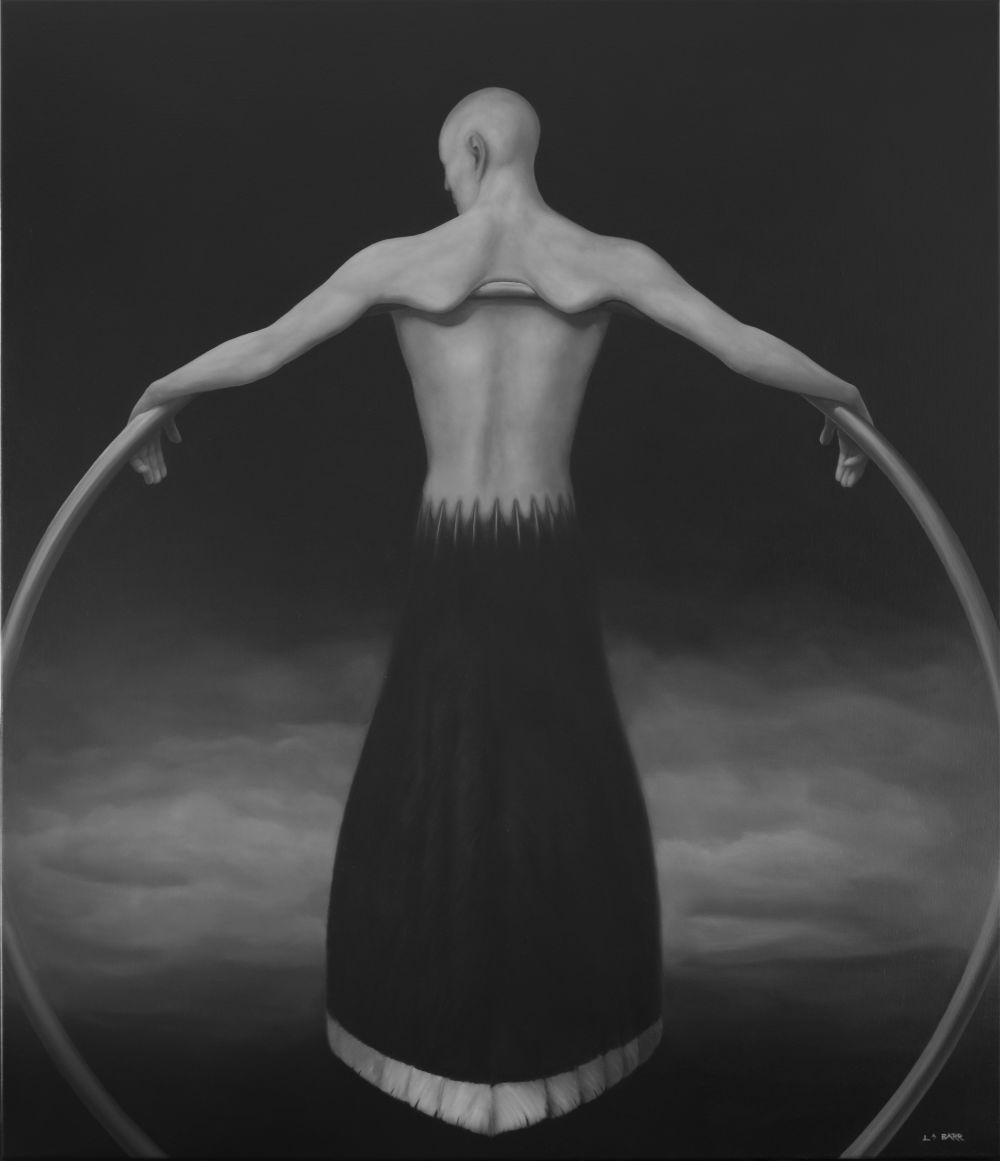 The Huia for me marks the King of the martyred birds and as so, kicks off the first in the Avian series of works. Majestic in his glory as kaitiaki he acts as guardian over land and sea. Such responsibilities come not without sacrifice and his demeanour reflect the aura of his being. 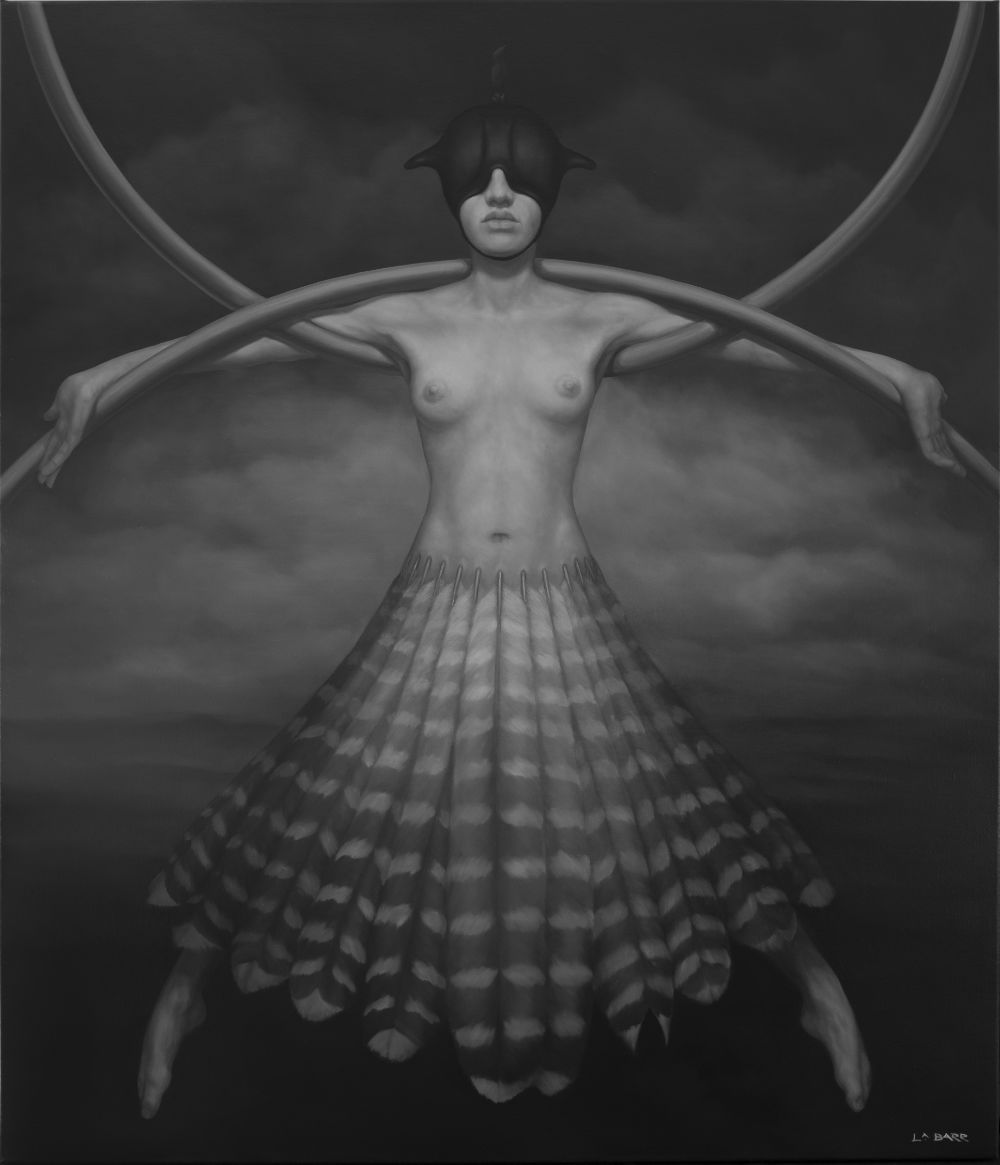 II started this painting in conjunction with Huia. A dark space envelopes me and I reach into the black to draw out images of dominance, captivation and the blind faith of a a pet in pursuit of love and acceptance.& 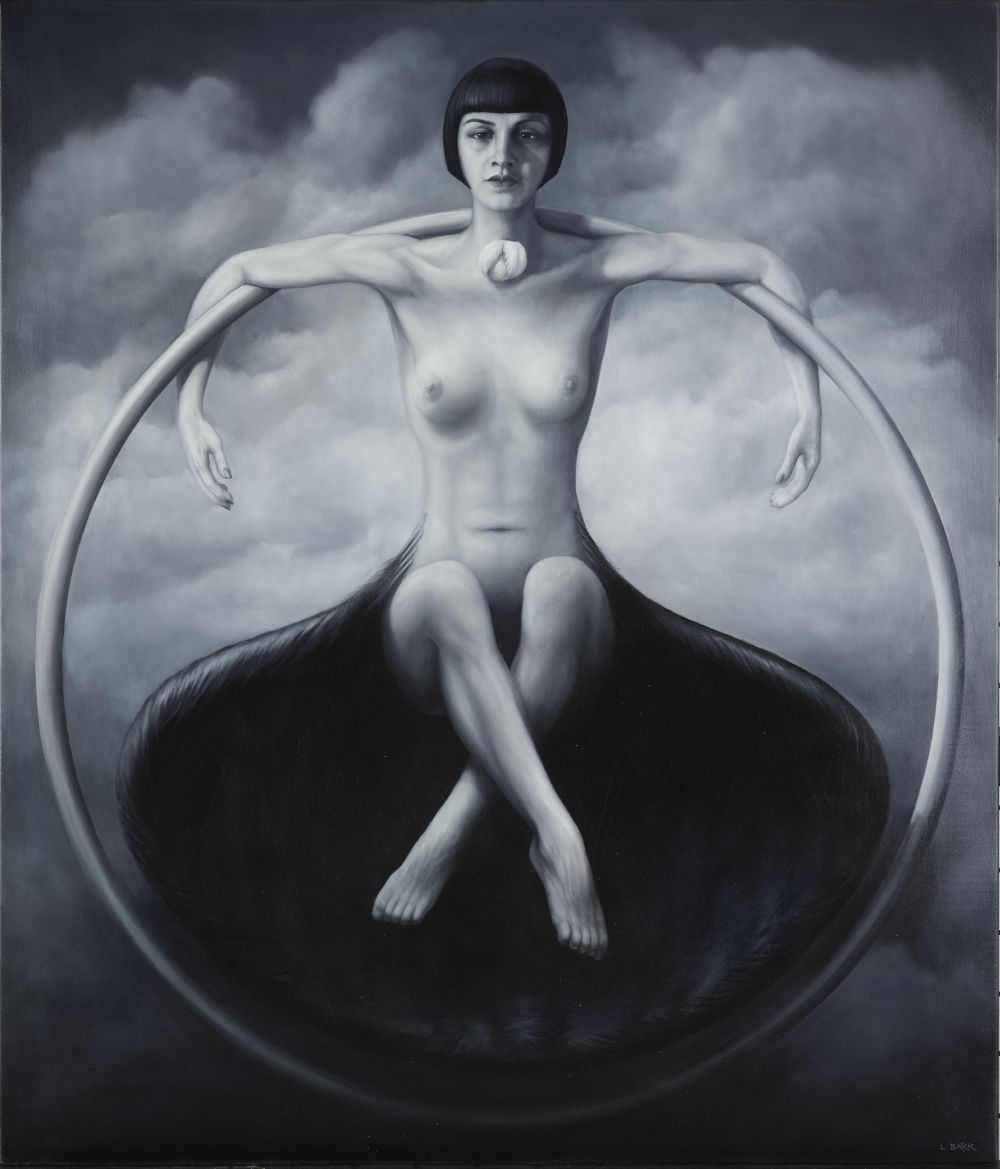 Tui are synonymous with the Wellington region, and its inclusion in this series had to be acknowledged as their playful aerobatics and cheerful song can be heard from dawn till dusk. 'Tui' being the fourth in the Avian series has me searching for a playful yet refined image conintuing the repetitive circular motif and dramatic sky. 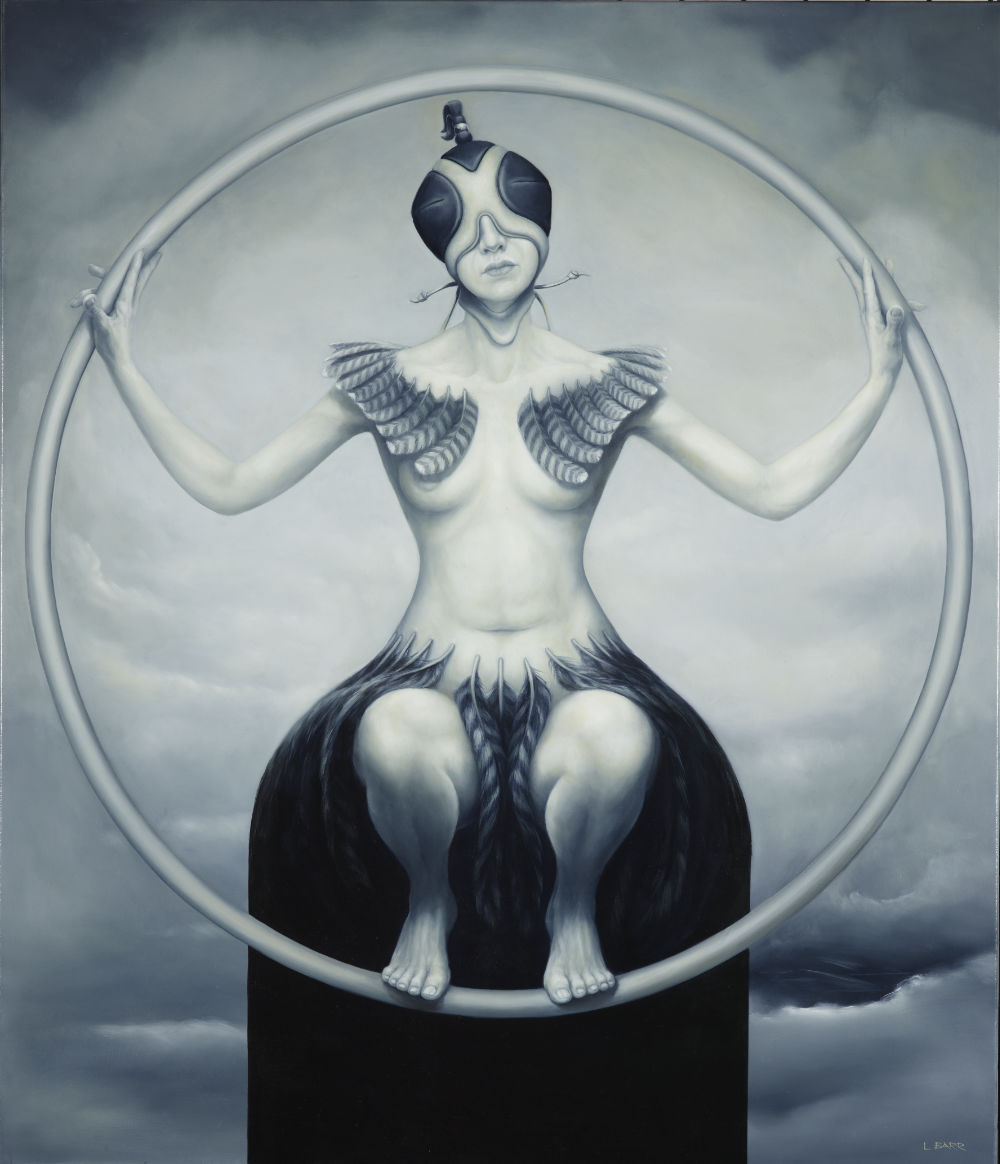 Harking back to lofty heights as the fifth painting, the perched Karearea acts as an expansion on Light Touch. Again the hood limits vision but not all faculty and this raptor is strong and able. Whereas Tui employed a circular motif, this painting utilises an open wing motif among the spread arms, décolletage and hood pattern, even the hip line swoops downward in a streamlined motion punctuating an inky black void to ground the image.

I started this painting in conjunction with Huia. A dark space envelopes me and I reach into the black to draw out images of dominance, captivation and the blind faith of a a pet in pursuit of love and acceptance. 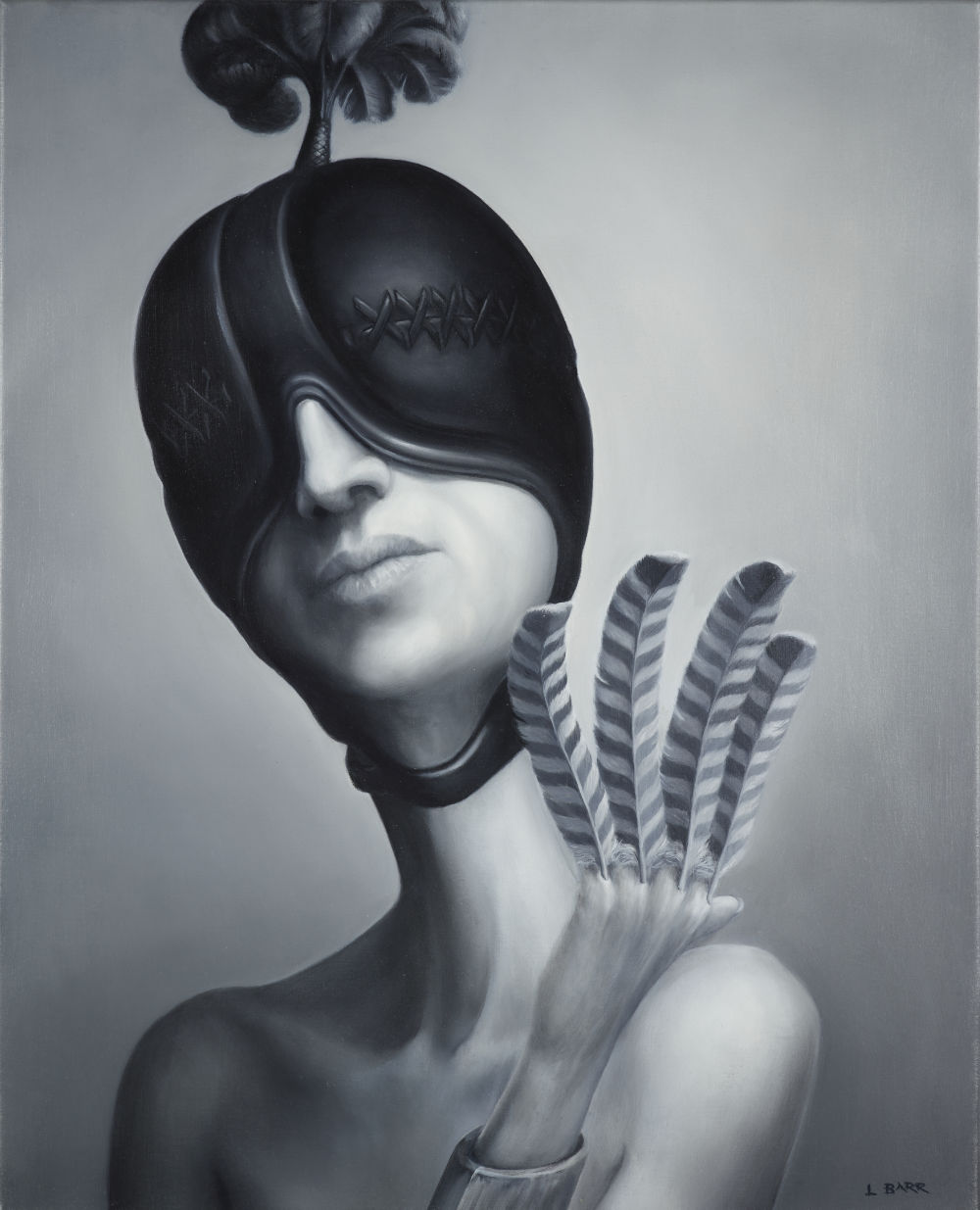 The third painting in the Avian series is the only smaller work, 'Light Touch'. The androgyny and posturing within this painting accentuate the bird-like characteristics of this magnificent raptor, deprived of her sight she compensates by use of other senses and while she may have a light touch she isfar from one. 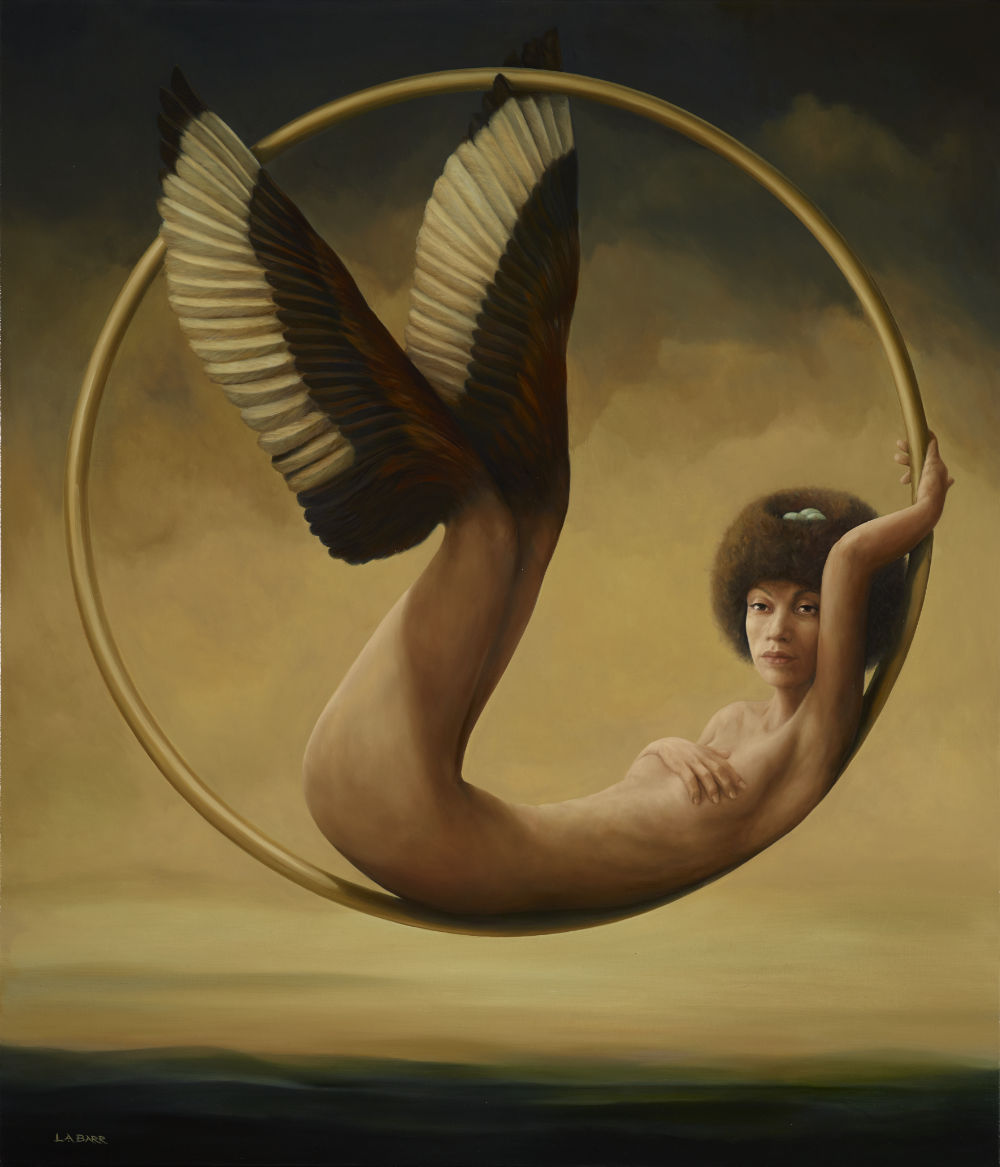 The painting 'Plume' is the final painting in the Avian series. The figure rides high with the prospect of new life. The balance of tone shifts toward a more colourful palette and beckons like the gift of new life toward a phase of work yet to be discovered.